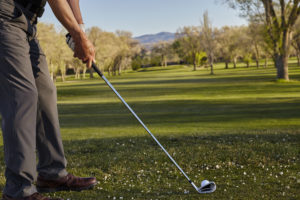 Anyone who has had a personal encounter with cancer will never forget when they first found out the diagnosis. For Tom, it is very easy for him to remember October 5, 2013. It was two days after his 71st birthday.

Tom was referred to The Urology Group and Dr. Aaron Bey after a series of tests showed Tom had elevated PSA levels. That trend continued with the results of another PSA test so Dr. Bey decided that a biopsy was in order. The results of that came back with evidence of carcinoma, and Tom was told he needed to get it treated.

“It obviously worried me but Dr. Bey and his colleagues were so calm and matter-of-fact about all this, and provided me with so many options that it didn’t really panic me,” Tom recalled.

On the advice of Dr. Bey, Tom discussed several treatment options with his oncologist, Dr. Elizabeth Levick of The Urology Group. It didn’t take him long to decide that CyberKnife was his preferred method of treatment.

“Less pain is always good, which seemed to be one of the primary things, and less side effects,” Tom said in describing his decision.

While other radiation treatment options would have meant more than 40 sessions, Tom received his entire course of treatments in five business days in the middle of December.

The treatments themselves were quick and painless. Each session lasted from 30 to 45 minutes, and during the course of treatment, there was no need for pain management.

“No, absolutely not,” Tom said. “I couldn’t feel a thing. You’re just listening to music and watching this thing spin around; it makes some noise but you don’t feel anything from it.”

The treatments didn’t affect Tom’s busy lifestyle at all. After each one, he went back to his work as an administrator for three departments at Cincinnati Children’s Hospital.

While Tom says he’s grateful for the cutting-edge technology of the CyberKnife, it’s the human touch that he will remember the most about his experience with The Urology Group.

“I work in health care and I want my staff to treat our patients like they want to be treated, and they certainly did that at The Urology Group,” he said. “The ladies who work at the back with the CyberKnife were just super. They make you feel at home, they recognize you when they come in, and they take very good care of you.  They’re just good people.”