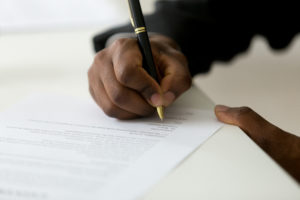 As an attorney with a solo practice, Jon could not afford to let a prostate cancer diagnosis put him out of commission. For more than 30 years, Jon has worked personally with his clients, building a highly successful practice in Cincinnati focused on estate planning and probate law.

However, his dedication to individual attention meant that he had no staff for “back up” in the event he was unable to practice for an extended period of time. This became a significant issue in the fall of 2014.

During his annual physical with his internist, the doctor noted an increase in his Prostate Specific Antigen (PSA) levels. After performing a digital rectal exam (DRE) his internist recommended he see a urologist.

One was a prostatectomy, or complete removal of the prostate. The cancerous cells would be taken out with the gland itself. The procedure would be performed robotically, and while minimally invasive, would require significant recovery time.

The other option was CyberKnife stereotactic body radiation therapy (SBRT). Despite its name, CyberKnife involves no cutting and delivers high doses of radiation just to the affected area. Treatments could be completed in only five sessions, compared to more than 40 for other radiation regimens. It could be performed without anesthesia as an outpatient procedure.

For Jon, the potential percentage of success was the same for both alternatives. He chose CyberKnife so that he could continue working his law practice with minimal interruption. Dr. Jeffrey Grass served as his radiation oncologist.

“CyberKnife can track the position of the prostate during treatments, even though it may move,” said Dr. Grass. “This helps ensure that the prostate gets the full dose of radiation without exposing adjacent tissue like the bladder or bowel. In turn, this minimizes the side effects, and patients who work or have an active lifestyle can resume activities without immediate side effects, such as incontinence.”

Once treatment began, Jon had no problems and almost no side effects. “Physically, it was like nothing was going on at all,” he says. In fact, he went to work the same day after completing each treatment.

“The treatments were scheduled in the mornings when I typically went to the office, so I actually got an extra hour of sleep during that week,” he added with a smile.

“The most likely side effects are temporary changes in urinary habits, which are often resolved in less than month – and some patients don’t even need medications to treat them,” Dr. Grass commented. “Motivated patients like Jon who ‘get it’ and fully comply with the treatment guidelines, including pre-treatment preparation, experience fewer side effects and have shorter recovery times.”

Jon had a very positive experience with the people who helped him at The Urology Group, and in particular the CyberKnife staff: “Everyone was great, very helpful and friendly.”

Having completed his CyberKnife treatment, the initial post-procedure test results have been positive. In addition, he’s experienced no lingering problems or after-effects. And he has experienced no limitations.  He is back to bicycling and his normal exercise routines.

For Jon, CyberKnife provided the answer for an efficient and highly effective prostate cancer treatment, with minimal disruptions to his personal and professional life. After all, his clients are depending on him.